I have to say that I am quite impressed with the way Google markets its own applications and services. Who would ever had thought of using a comic string to introduce the key workings of a specific application? Its a lengthy comic to say the least, consisting of 38 “fun filled” pages, which actually makes learning about the Chrome browser an interesting read. 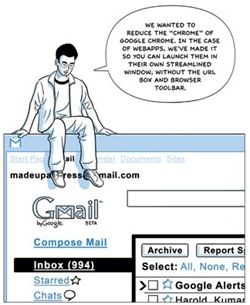 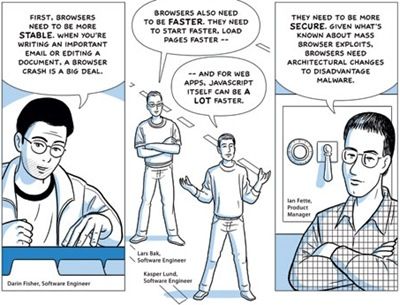 But this does ask the question on why Google is releasing their own browser? I thought they had extended their search deal with Mozilla Firefox in return for setting Google as the default search engine. I guess this may cause an awkward relationship between the two in the future. But I suppose any attack against the dreaded Microsoft Internet Explorer browser can only be a benefit!

I have to say that the guy wearing the glasses on the left bares a striking (less cool) resemblance to me. :-)

You can view the full comic strip here.